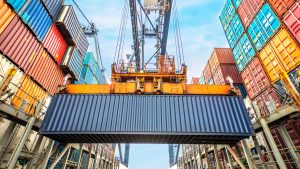 The earnings of ports concessionaires is said to have nose-dived by about 22.4 per cent between 2006 and 2016, owing to depreciation of the naira, and rising inflation.

A report published by top global accounting and audit firm, Akintola Williams Deloitte, revealed that the Terminal Handling Charges (THC), which is the main revenue stream for terminal operators was responsible for the decline…click here for more

Licensed clearing agents petition Presidency over non-constitution of Customs Board 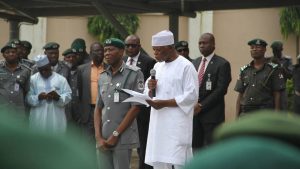 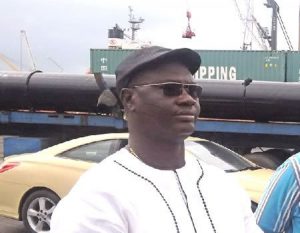 The Maritime Workers Union of Nigeria (MWUN) has raised the alarm over influx of unregistered and illegal dockworkers at the nation’s seaports. It would be recalled that the responsibility of regulating seaport labour is vested in the…click here for more 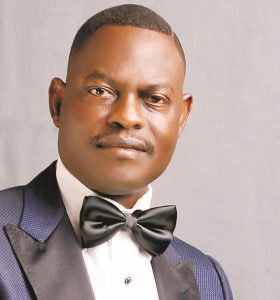 Nigeria’s quest for shipping hub for West and Centre Africa Sub-region cannot be won on the basis of desire or patriotic aspiration alone unless internal challenges like shallow depth, congested port access roads, inadequate and decaying port infrastructure, low automation, and over dependence on road for evacuation of cargo among other are patriotic addressed by the click here for more

‘Why Nigerians are yet to enjoy gains of port reforms’

More facts have emerged on why Nigerians are yet to enjoy the gains of port reforms barely 10 years after concession. The stakeholders, who spoke at the town hall meeting organised by Business and Maritime West Africa in Lagos, said for Nigeria to actualize the dream of being a global player in the port logistic chain, there was need for government to pay serious attention …click here for more 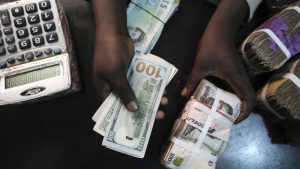 The House of Representatives Adhoc Committee on Review of Pump Price of Petrol last week, directed the Nigerian Ports Authority (NPA) and the Nigerian Maritime Administration and Safety Agency (NIMASA) to clarify their charges in foreign currency.
The Chairman of the Committee, Mr Raphael Igbokwe, gave the directive during the Committee’s visit to NPA and NIMASA headquarters in Lagos asking, representatives of …click here for more

Concerns as stakeholders call for audit of N9.2b scanners at ports 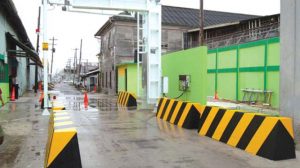 The sorry state of the ports scanners has continued to raise concerns among stakeholders, who insist that the Federal Government must probe the events that led to the collapse of the N9.2 billion scanners handed over to the Nigerian Customs Service (NCS) eight years ago.
Cargo scanning or non-intrusive inspection (NII) refers to non-destructive …click here for more 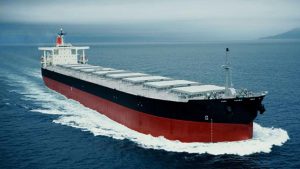 The predicted influx of new tonnage, combined with the Organisation of the Petroleum Exporting Countries’ (OPEC) production cap and lower levels of refinery throughput are hitting hard on the crude tanker vessel market.

Latest report by Maritime Strategies International (MSI), said the crude tanker market is set to go through a testing time over the next six months, and perhaps longer…click here for more 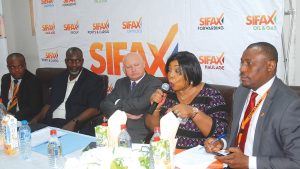 The Executive Director, SIFAX Haulage & Logistics Limited, Henry Ajetunmobi, has described the new move on enforcement of Minimum Standard of Safety and Road Worthiness (MSSRW) for all trucks entering Nigerian ports as great initiative to enhance safety at the seaports …click here for more 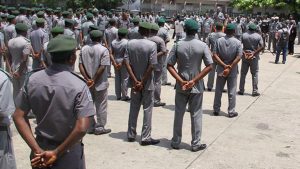 The Seme Area Command of the Nigeria Customs Service (NCS) recorded steep decline in its revenue generation, as the bulk of its revenue were halted by the Federal Government’s policy banning the importation of new and fairly used vehicles through the land borders.

The Command’s revenue profile for March 2017, showed that it generated about N474.5 million, while 62 seizures with duty paid value of N25.7 million were recorded…click here for more